Next was chasing caravan tyres – after 2 hours we find there are no tyres to fit our van in Karratha or Port Hedland. We’re told another size will fit – then they look and say no you need the others – which is what I told them in the first place – if only they’d believed a woman on the phone – would have saved them a journey!!! Hey ho such is life!!!

With comments from our neighbour – nobody knows where Karratha is, deliveries arrive when they arrive – ringing in our ears we order the tyres for delivery on 20th/21st.

Now the windscreen – turns out Karratha windscreen place doesn’t have the right one – they need to order it!!! Help – no not another order. Ah better luck – Port Hedland has one and they’re coming here on 21st

Nothing for it – stay till 21st. Get the washing and the shopping done.

Decide a roof rack is needed – remember that dead roo we ran over – he messed up the spare wheel carrier. The only way to get the spare wheel out is remove the carrier – hence the roof rack

LOoking fo roof rack on line and the iPad died!!!! I suppose it was old – over 5 years.

Karratha is not the best place for a roof rack & ipad!!!!!

Trip out to look at Dampier & Deep gorge 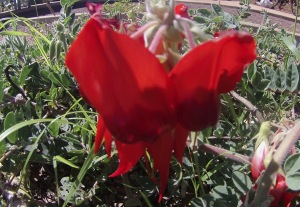 Remember the film Red Dog – this is the area he lived 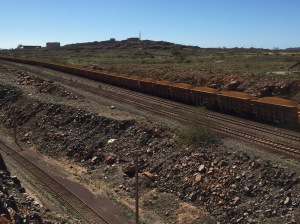 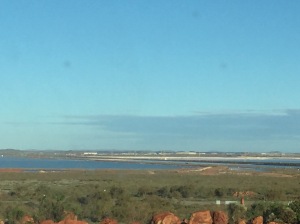 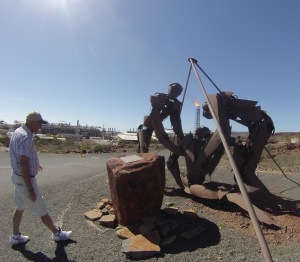 A beautiful tribute to the workers that lost their lives building the gas plants in the area. See the flame – it roars like a plane taking off. One of the largest ammonia plants in the world is here as well as iron ore and gas.

Now up Deep Gorge – with loads of aboriginal paintings – all high up the rocks. Not the most pleasant walking experience. Especially as it’s rather like a Roos loo around the small water holes!!!! The rocks aren’t even either!!!! 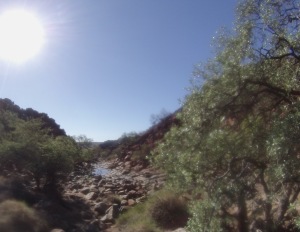 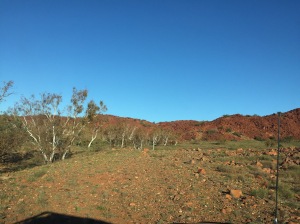 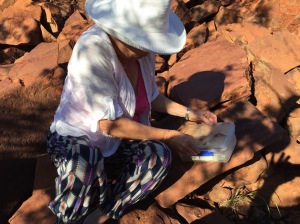 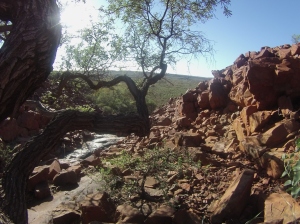 A trip out to Point Samson and Roebourne

A walk along Point Samson beach 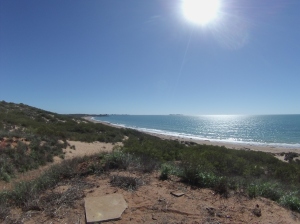 call to tell us the windscreen guy is in hospital – cut his hand!!!!

4pm – tyre chap arrives – tyres have not arrived. They were sent snail mail not express.